The National Firefighting Hall of Heroes opened to the public in 1998. It has three major purposes:

To describe the American volunteer and career firefighter, including urban, rural, and wildland branches of the fire service.

To recognize American firefighters who have been decorated for acts of valor.

To recognize American firefighters who have died in the line of duty.

A number of cities, states and other organizations recognize firefighters who have died in the line of duty.

A number of cities, states and other organizations recognize firefighters who have died in the line of duty.

Museum President George Getz, his wife Dyan, and two of his children, Allison and Chip, welcome Senator McCain at the dedication of the National Firefighting Hall of Heroes in October of 1998. 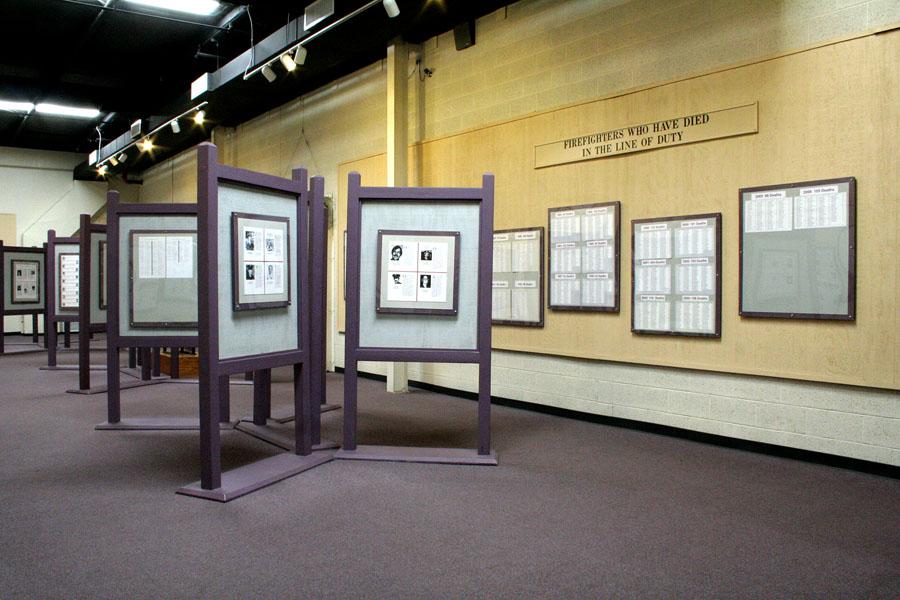 American Firefighters who have died in the line of duty since 1981 (the first year in which national records were kept) are recognized on the walls of the Hall of Heroes. Recipients of awards for heroism are displayed on the free standing panels and the walls of the gallery. 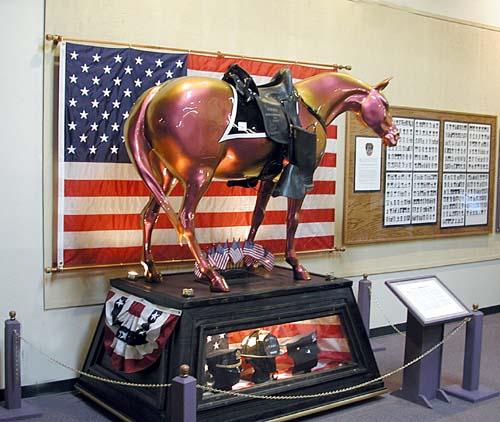 In December 2001, the museum added a special exhibit to the Hall of Heroes. The exhibit includes names, companies, and photographs of the 343 FDNY firefighters who died in the line of duty, and on the walls of the gallery are the names and photos of the New York City Police Department officers and the Port Authority officers who were killed in the World Trade Center attack on September 11, 2001.

On September 9, 2004 we dedicated a beautiful addition to the Hall of Heroes – a full size, beautifully decorated model of a quarter horse which honors the firefighters and police officers who died on 9-11.

The horse was donated to the Hall of Flame by a public arts project called The Trail of Painted Ponies. For more information visit www.trailofpaintedponies.com

The horse, 9 feet high and 8 feet long, is shown in the photo to the left.

Exhibits in the Hall of Heroes also describe the social history of the American fire service.

We discuss the origins of the American volunteer and career structural firefighters, why they were attracted to the fire service, and how they organized to fight fires.

We also discuss the growth of the wildland fire fighting service in the United States.

Wildland firefighting covers a broad spectrum of organizations, from urban fire departments to the specialists of the federal and state forestry departments.
Most of the other exhibits at the Hall of Flame talk about the technology of firefighting.

In the Hall of Heroes we talk about the firefighters themselves. 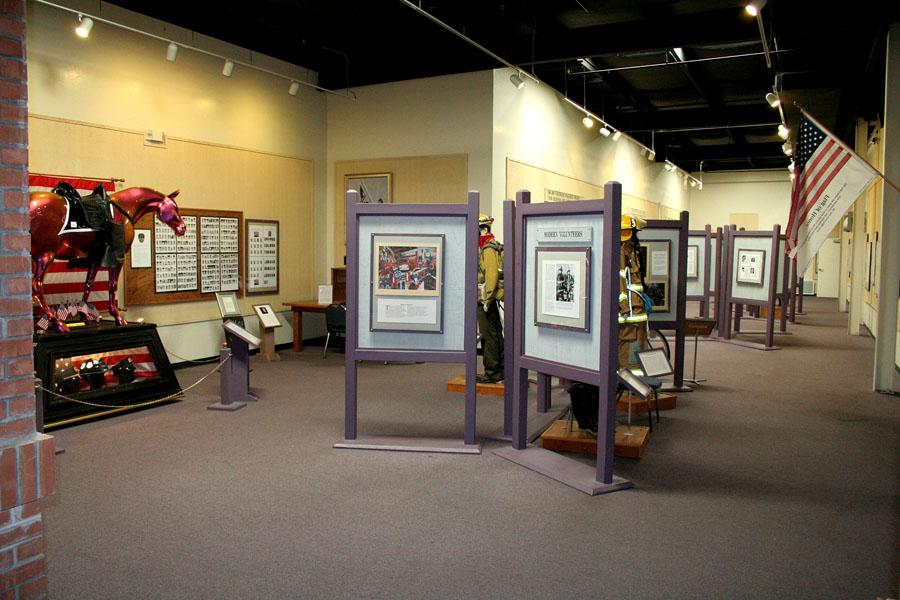 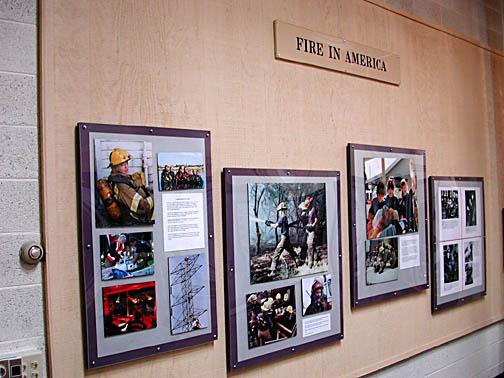 Other exhibits discuss women in the fire service, training methods, and EMS 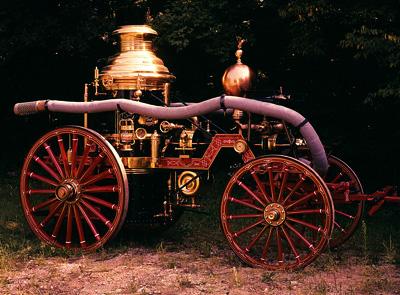 This 1878 Silsby second size steamer was used by the volunteers of Ocean City, New Jersey 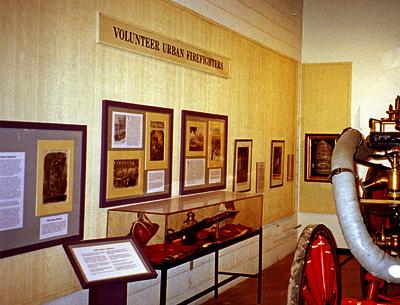 Text panels and an exhibit case address the social history of American firefighters.

If readers of this web site have suggestions or comments, please contact us by sending an e-mail to info@hallofflame.org

If you wish to submit a firefighter for inclusion in the Hall of Heroes, please send the name and supporting materials to Attn: Hall of Heroes, 6101 East Van Buren St., Phoenix, AZ 85008.

You can also send these materials by e-mail, including Photos in JPEG format.

Monday - Open for tours of 10 or more by reservation