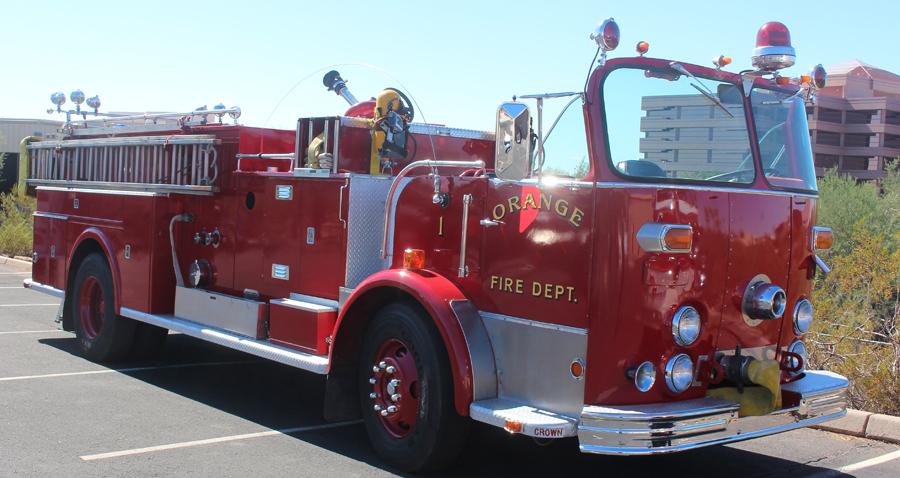 Mr. Dave Barron of Glendale Arizona donated this Crown Coach Fire Engine in early 2012.  It’s a 1972 engine used for over 25 years by the fire department of Orange, California.  Dave’s father, a long time member of the department, drove the rig for years.  The rig is in excellent mechanical condition and needs only paint to be restored to original shape.  It’s powered by a Cummins diesel motor and has a 1250 gpm single stage pump.  It is awaiting restoration.

Crown Coach originally built school buses and branched out into fire engines in the 1950s as a way to keep its factory occupied in the off season of bus manufacturing.

The company soon attained an almost legendary reputation for the durability and quality of its fire apparatus, and sold hundreds of engines, aerial trucks, and snorkels in the  western states in general, and southern California in particular.  New ownership in the late 1970s failed to maintain these standards, and the company went out of business in the 1980s.