The museum started the ceremony in 2006 and does it every year on September 11th. Until this year it was open to anyone and it was well attended. The main group is the Phoenix area FDNY retirees. Most of the local departments also send representatives. A few years ago, the museum became the home of FDNY Rescue 4 which did respond to the WTC on 9-11-2001. This was our backdrop for the event.

The main part of the ceremony was reading the names of the first responders that lost their lives on that day. This included FDNY, The police agencies of New York city, EMS personal, state and federal agencies. There were also several volunteer firefighters that worked in one of the towers.

This year was by invitation only and the presentation was by video. 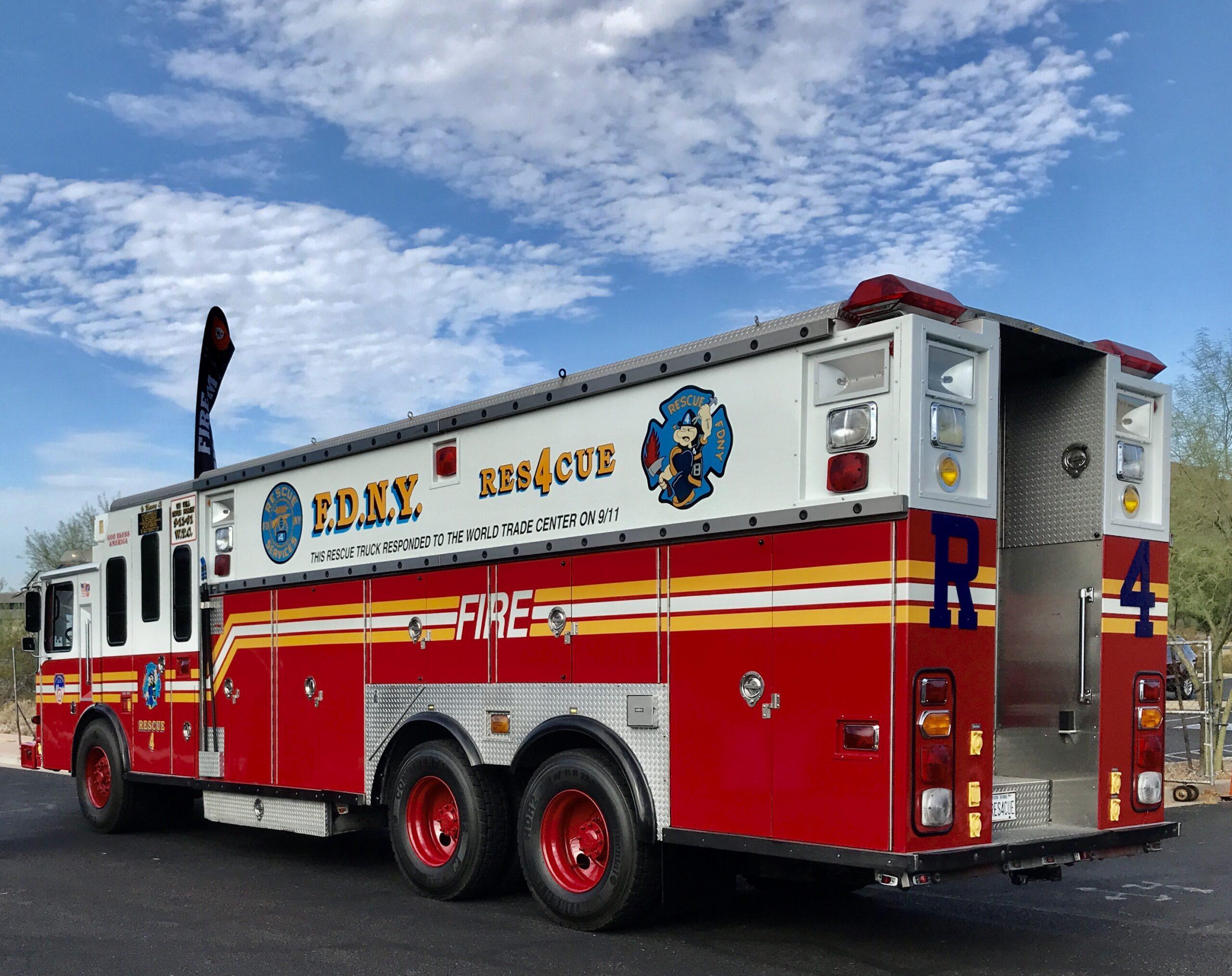 This video is available at hallofflame.org. It is 42 minutes long and most of that is reading of the names. While they are being read the pictures of the heroes run across the screen. The history of the bell ceremony is explained.