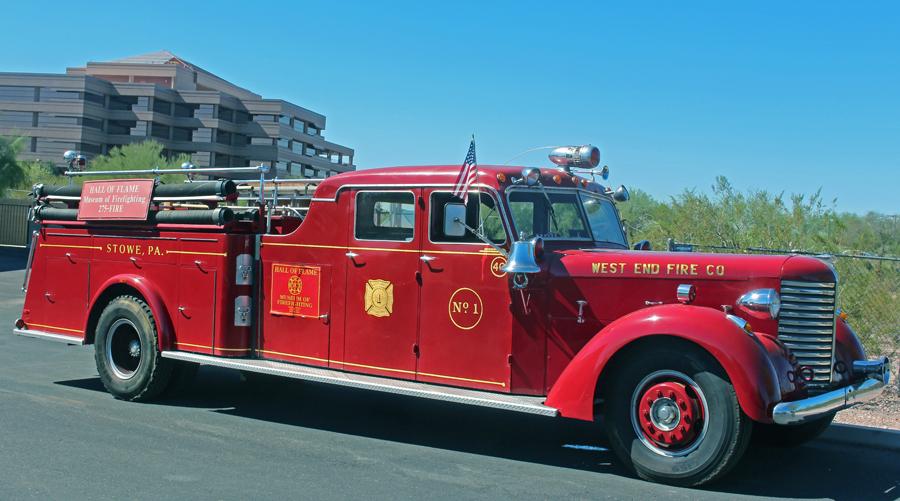 We are indebted to the members of the West End Fire Company of Stowe, Pennsylvania for the donation of their carefully maintained 1948 Buffalo custom saloon cab fire engine in December of 2007.

Museum volunteer Mark Kauffman, who grew up near the Company, convinced the firefighters of the West End Fire Company that the museum would be a fine home for their rig.  The Company owned the rig for its entire life, adding improvements without changing the truck’s elegant appearance.  Its original Hercules gasoline engine has been replaced by a diesel.

The Buffalo Fire Appliance Company of Buffalo, New York enjoyed an excellent reputation for the quality of its pumpers, chemical engines, quads and city service ladder trucks.  Between its founding in 1922 and its demise in 1948 the company built thousands of pieces of apparatus.

The design for our rig was introduced in 1939.  Its sleek appearance is based on the art deco principles that influenced rival builders like American La France.

Despite its high reputation, the company suffered financial losses that forced it to close its doors in June of 1948.  Our rig was one of the last to come from its assembly line.