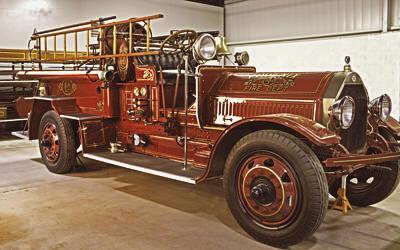 The Phoenix, Arizona, Fire Department ordered this engine in 1921 for a newly built fire station at 4th Avenue and Moreland (now in downtown Phoenix).

With a 1,000 gpm pump and a huge six cylinder engine, the rig was a powerful addition to the city’s inventory of three other engines.  It was  in service until 1950, when it was sold to a collector from New Mexico.