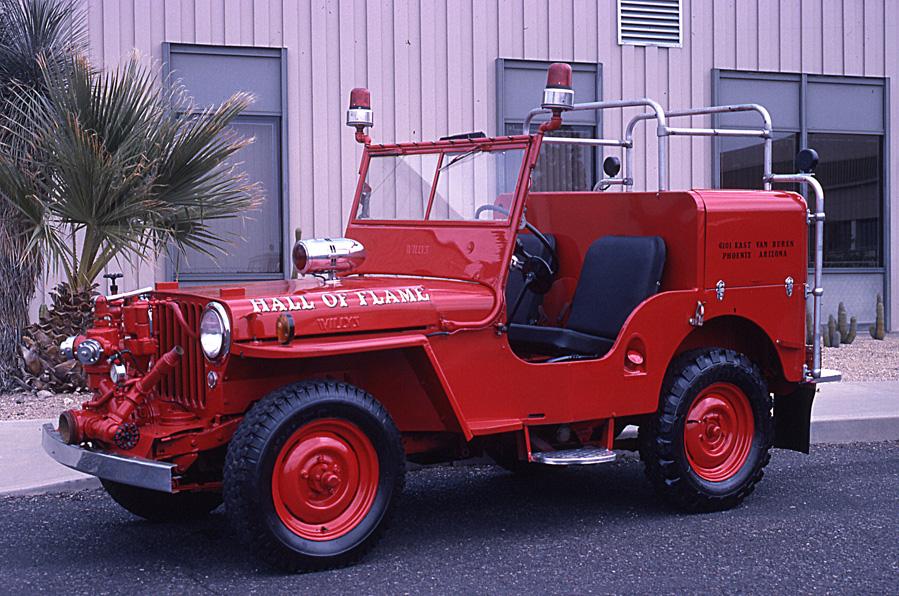 After World War II Willys redesigned its famous military Jeep to a more refined configuration, launching its civilian mode as the “CJ” (Civilian Jeep).  The company sold several hundred CJ2s to the Howe Fire Apparatus Company, which converted the Jeep to a small fire engine suitable for use in rural areas.

With a 500 gpm front mounted pump and a hose capacity of several hundred feet of 2 ½” to 1” sizes, the rig could be connected to a fire hydrant or configured to draft water from a pond or other waterway.  The Jeep came with a 200 gallon capacity water trailer which allowed it to get into action at once.

It was  used originally by the owner of a large farm in Wisconsin, who sold it to museum founder George F. Getz, Jr.  Mr. Getz loaned it to the Lake Geneva, Wisconsin, Fire Department, which used it for over ten years. Lake Geneva returned it to the Hall of Flame in 1984.  It was refurbished by Don Hale in 1991.