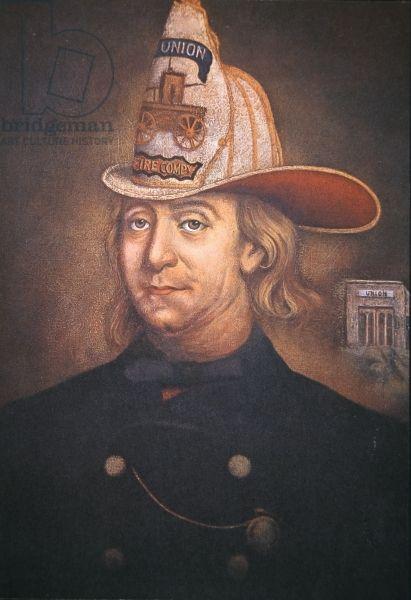 Most people are familiar with Benjamin Franklin’s accomplishments in the areas of politics, scientific advancement, and even writing, but many are surprised to learn that he was also a volunteer firefighter in Philadelphia, Pennsylvania and the founder of The Union Fire Company.

In the mid-1700s, most American cities maintained an infrastructure comprised of wooden buildings and house sandwiched together in a labyrinthian maze that would have made the minotaur of ancient myth giddy. After observing some of the techniques used to prevent the spread of fires in his hometown of Boston, Massachusetts, Ben decided to publish his findings in his own Philadelphia Gazette in the hopes of garnering support for municipal improvements in his adopted home of Philadelphia. Through his efforts he was able to gather some 30 of his friends and local business owners to co-found the Union Fire Company.

The Union Fire Company, established December 7, 1736 and nicknamed the “Bucket Brigade,” was a non-profit organization run completely by volunteers. It was the first formally organized volunteer fire company in the colonies and was modeled after Boston’s Mutual Fire Societies. What differentiated the two organizations was the Boston Mutual Fire Societies only protected its members, while the Union Fire Company protected the entire community.

The first brigade was formed by 26 volunteers. Each member brought six buckets to carry water and 2 linen bags to rescue property. Members had different roles such as water management, property protection, training and fire protection, etc. So successful was this program that volunteers kept signing up and soon they had enough people to form additional brigades. In a time when fires could, and often did, consume entire blocks of buildings, the city of Philadelphia had not lost more than one or two houses at a time. The current Philadelphia Fire Department traces its roots to Franklin’s Union Fire Company.

Articles of the Union Fire Company 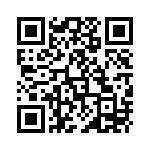 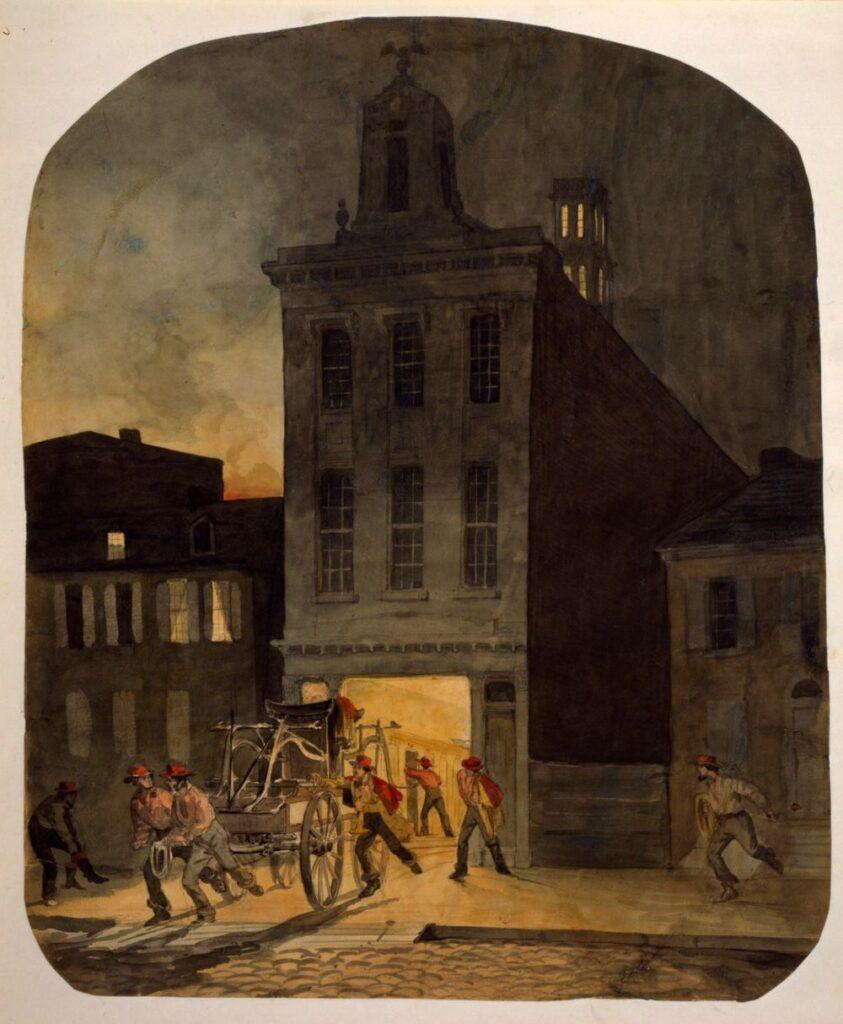